Call us. We're here to help.

A legal process to repay less than what you owe on your unsecured debts.

Request a free, confidential, personal consultation to get information on ALL of your options to become debt FREE.

How a Consumer Proposal Works 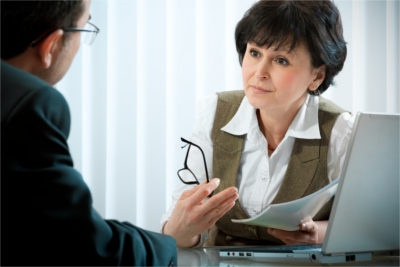 One option to consolidate your debts is to file a Consumer Proposal. It is a legal process and a matter of public record under the Bankruptcy and Insolvency Act between you and your creditors to pay back part of what you owe. The amount you repay is to a large extent based on your income and what you own, however, it typically substantially decreases how much debt you have to repay your creditors.

A Consumer Proposal can only be put together and administered by a licensed bankruptcy trustee and costs around $1,500 to file. You'll pay an initial setup fee, and if it is accepted by your creditors and approved by the courts, you will have to pay the balance to move forward. In addition to this, the trustee will take 20% of your future payments as a fee for overseeing and managing your Consumer Proposal. To be legally binding, the creditors who own the majority of your debt must agree to the proposal. Once they do, you repay the agreed amount over a maximum term of 5 years, and a permanent public record is placed in a searchable, online database.

Debts that Can't Be Included in a Consumer Proposal 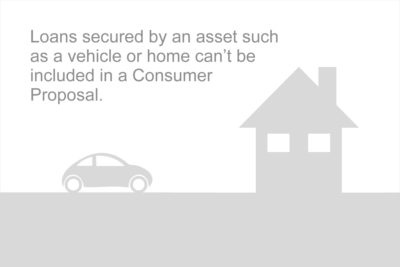 Not all debts can be included in a Consumer Proposal. Secured debts, like a car loan, can’t be included in a proposal. Assets tied to secured loans may need to be sold when someone enters into a Consumer Proposal because someone isn’t able to manage the payments any longer. Other times, creditors won’t agree to a proposal if someone has assets they can sell to pay back the full amount of what they owe.

There is no guarantee creditors will accept your Consumer Proposal. Each creditor has their own policies and each will consider someone’s overall circumstances carefully. For instance, if someone has a lot of surplus income over and above the Superintendent of Bankruptcy’s monthly expense guidelines, creditors will expect them to be able to repay more of what they owe.

If your creditors accept your proposal, that is only the first step towards resolving your financial difficulties. Many people who enter into a Consumer Proposal have so much difficulty keeping up with monthly payments that their proposal collapses. Once that happens, they are left in limbo being unable to file another proposal and having to consider other options, including bankruptcy. At this point, creditors will then proceed with collecting on what is still owed. This can include legal action.

Impact on Your Credit

Contact Us for More Information and to Explore All Your Options 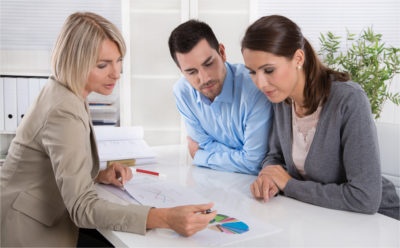 Just like with other debt consolidation options, a Consumer Proposal is a good fit for some people, but not for everyone. It depends on a number of factors including if you are working, the type of debts you have, how much you owe, your occupation (in some cases), your financial goals, and your overall financial situation. To help you figure out if filing for a Consumer Proposal is the best option for you, contact us. We'll help you look into all options that may be available to you. One of our Counsellors will be happy to carefully look over your whole financial situation with you and answer any questions you may have. Our appointments are free, confidential, and non-judgmental. Call us at 1-855-232-4888.